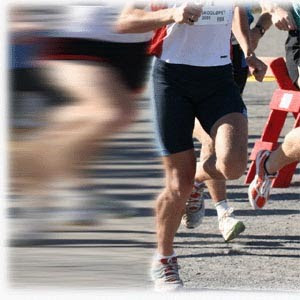 No one picks up a tennis racket for the first time and fires of a perfect serve, right? So why is so little focus and time in general being spent on refining and practicing running technique? Is arm carrying, foot planting and head position just for Olympic sprinters? Can the long-distance, five-mile-per-week, weekend-warrior also benefit from refining his or her running technique?

Today you’ll find lots of DVD’s, books, running clinics and even certifications available to improve running technique, teaching the skill of long distance running. In following post series I will bring up some of the basic principles of what’s generally regarded as an “effective running technique” and present two of the most popular modern running philosophies; Chi running and Pose running.

Jonathan Dugas and Ross Tucker, founders of the very popular blog sportsscientists.com and authors of the book “Runner’s Worlds – The Runner’s body”, are two sought after running experts and coaches. Here is the first part of their “7 Habits of Highly Effective Runners”:

– Keep shoulders and neck relaxed and you’ll save energy and prevent pain and cramping in your shoulder region.

– Let your arms hang loosely without hunching your shoulders forward

– Allow your mouth, jaw and neck to “go with the flow”.

Exercise physiology (and common sense) tells us that relaxing the head and shoulders saves energy and is desirable for optimal running performance. At the same time, every individual is different which makes it impossible to set a standard position that applies to everyone. As an example, take a look at this video of Paula Radcliffe – the female Marathon world record holder – and her unique head nodding motions, seemingly a huge waist of energy. Apparently the characteristic style works for her and trying to correct it could possibly contradictorily cause her to tense up and effect her running in a negative way.

In the next blog post I will reveal more of Dugas’ and Tucker’s “7 Habits of Highly Effective Runners”…Stay posted!

What you can read next

Success starts with a Conversation

Just Add Your Name Below!
Book Your Complimentary Strategy Consultation to Learn the Exact Steps you need to Follow to Get the Results Your Want
ENTER!
Your Information will never be shared with any third party.
×

GET YOUR PT COMPLIMENTARY CONSULTATION
SUBSCRIBE NOW!
We hate spam as much as you do.